Roman Klonek, born in Katowice/Poland, emigrated already in his younger years together with his family to Germany, where he is still living today. During his graphic studies at the FH Düsseldorf he discovered a special preference for the woodcut. The characters which populate his world are anything but superheroes. Rather, one could describe them as guinea pigs, waiting in the drawer’s laboratory for their destination. He pulls the strings in the background, sets snares and pitfalls, and then observes, together with the viewer, what’s gonna happen. 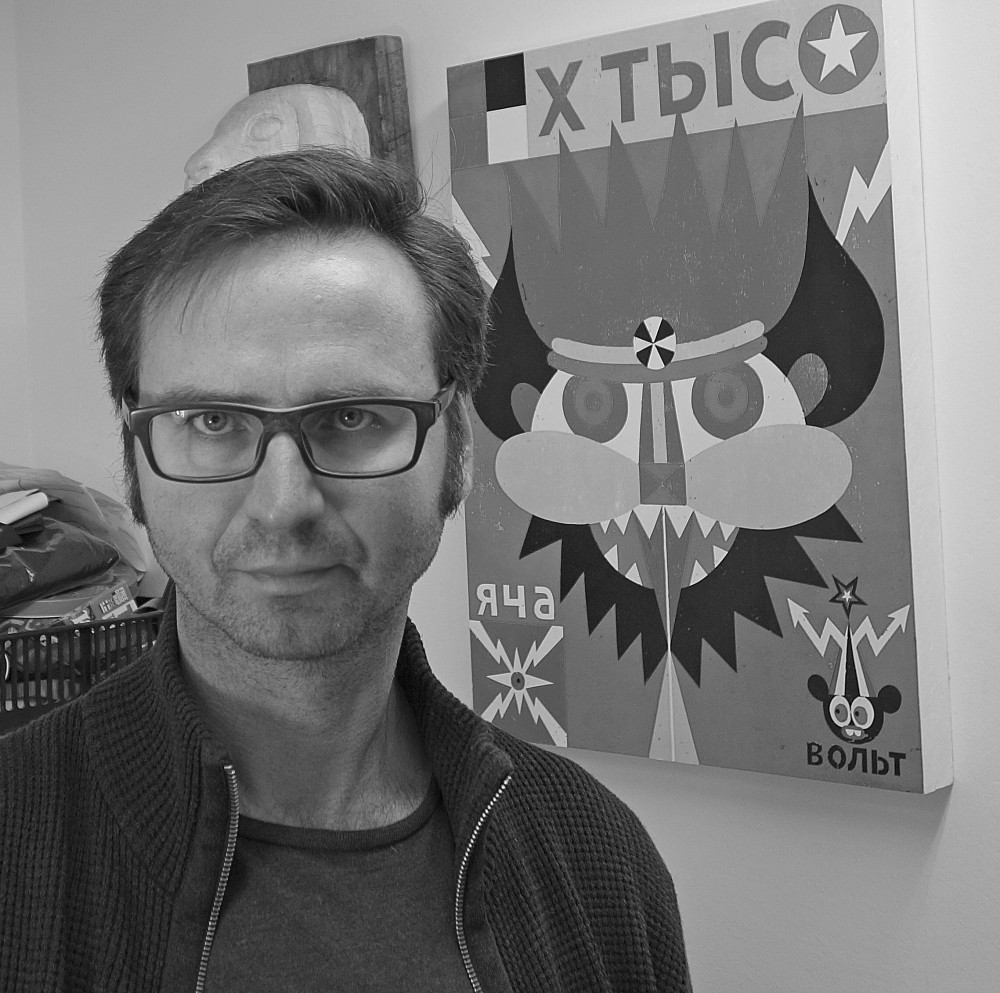