Adrian Falkner, born 1979, lives and works in Basel (Switzerland). As Smash137 he ranks among the most influential graffiti artists in Europe. His style had a sustainable influence on the international writer scene. During the last 20 years, he has developed his style on countless walls.  In his works for interior rooms, he also breaks away from conventions and traditional schemata. Since his first solo exhibition in 2008 in Düsseldorf, he is looking for ways to transmit the intensity of graffiti to this art form. Therefore, he even gave up his pseudonym and only works with the use of his typical technique and movement patterns. He combines the specific qualities of the spray can, the floating lightness with which it is passed over the painting surface and the specific texture of its lines with the characteristic style of brush and chalk, and thus transforms the dynamics of writing into a contemporary abstraction. 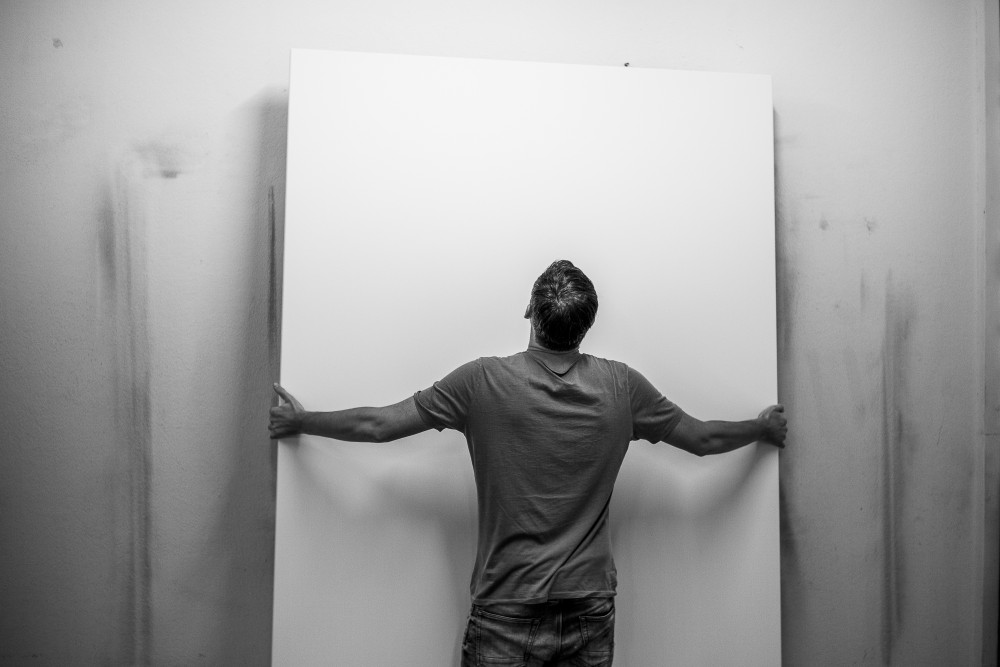