Tilt is an internationally recognized traditional graffiti artist, originating from Toulouse in South France.  A self declared »graffiti fetishist«, he learned his trade in the streets and on trains as a youngster.  In the time since he did his first tags on a skateboard ramp back in ’88, his ensuing career has been nourished and influenced by extensive travel.  Inspirational journeys have seen Tilt exhibit and leave his mark as far and wide as the U.S.A, Hong Kong, Japan, Mexico, Thailand, Australia, India, New  Zealand, Laos, Taiwan, China, Canada, Philippines, Indonesia, and in excess of 12 countries throughout Europe. 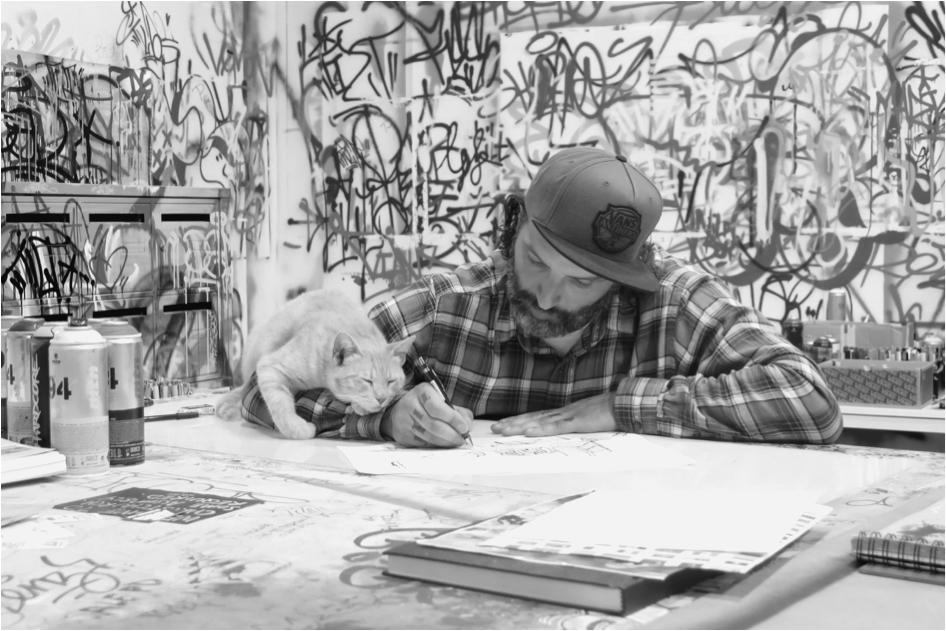